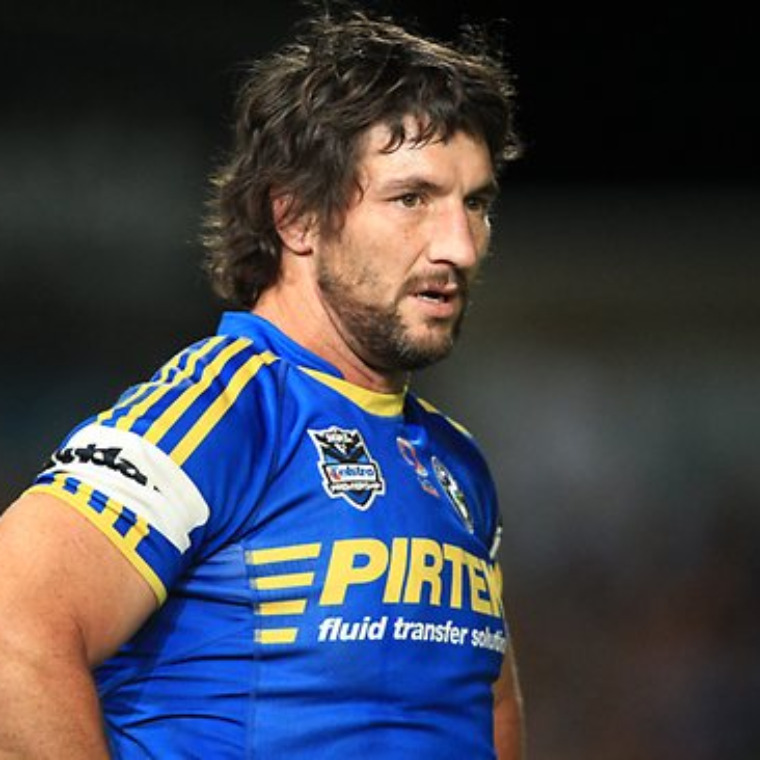 Nathan grew up in the sleepy Southern Highlands of NSW, starting his playing career for the Moss Vale Dragons and Robertson Spuddies.

He debuted for the Parramatta Eels in 1998 and has since become the most-capped Eel (330 games) and a favourite of all rugby league fans. Noted for his tireless work-rate, faultless defence and powerful hit-ups, he is the only player to ever record a season average of more than 40 tackles and 100 running metres per game. Proving his status as a legend of the game Hindmarsh has done this five times. In 2011 became the first player in rugby league history to have tackled more than 10,000 times. Nathan has played 17 State of Origin matches for NSW, in eight series, and has represented Australia 20 times and captained his country once.

Off the field, Nathan is a tireless charity worker with a particular focus on children’s health. In 2009 he was awarded the Ken Stephens Medal in recognition of his outstanding contribution to the community and actions as a role model to young players and fans. In 2011 he replaced the retiring Thomas Keneally on the Australian Advertising Standards Board.

The affection that rugby league fans feel for ‘Hindy’ is evidenced by winning the Provan Summons Medal, for the NRL’s most popular player, a record four years in a row.

Nathan now works heavily in the community and is committed to helping young people achieve more in life.