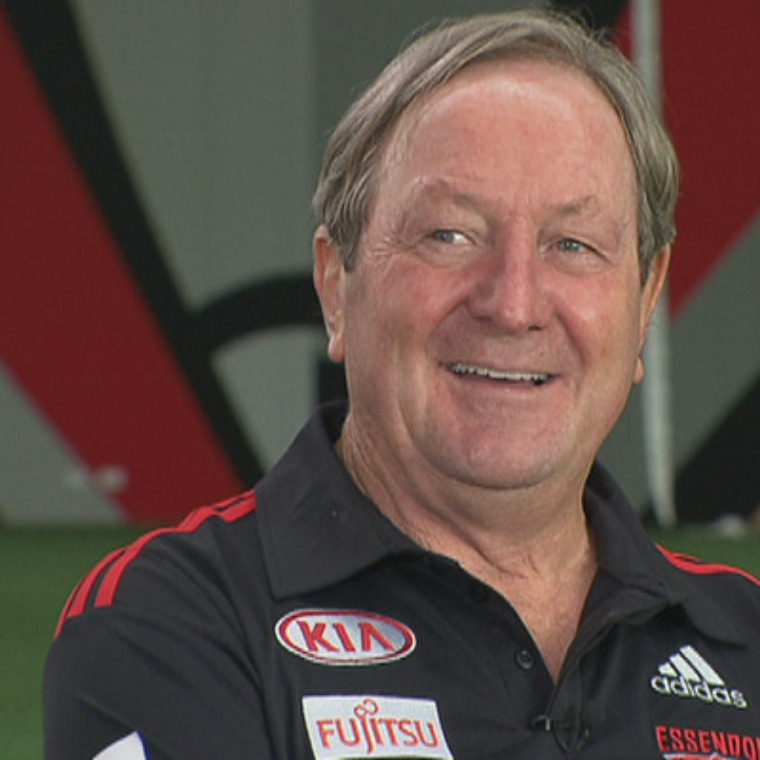 KEVIN SHEEDY is one of the Australian Football League’s most enduring figures. A player and coach over five decades, Kevin has an unsurpassed record of involvement in a 1000 games and eight premierships.

That involvement was well and truly re-ignited in 2012 when Kevin became the inaugural coach of the newest AFL club – Greater Western Sydney, taking his young team to two unexpected victories and helping spread the message of Australian football to a whole new audience.   Since then Kevin has become Director of GWS continuing his commitment in taking the football club to new heights.

He was the Skills Coach at Richmond when the club won the 1980 Premiership.

In round 15 of 2007, Kevin broke the VFL/AFL’s combined playing/coaching record with 251 games played and 628 coached - 879 games.   As well as on field success, Kevin also helped develop Essendon off the field. In 1980, membership was 15,000, in 2008, Kevin was given the honour of being the club’s 40,000th member in recognition of his efforts in making the club a national “brand”.

Kevin has also received a number of other accolades during 2008. He has been inducted in to the Australian Football League’s Hall of Fame, made a Legend of the Essendon Football Club and nominated as The Australian Thinker of the Year.  He was appointed to be an Ambassador for the AFL during the 150th anniversary celebrations of Australian football.

In 2009, Kevin was awarded an honorary doctorate from the Australian Catholic University for his services to football and particularly the way he has encouraged Aboriginal footballers into the sport.  Also in 2009, he was inducted into the Sports Australia Hall of Fame and in November of that year, appointed as coach of GWS.

He is the co-author of seven books. “Sheeds – A Touch of Cunning” “Sheeds – Pockets of Greatness” “Footballs Women – The Forgotten Heroes” “Second Chance Winners” “Sheeds - Follow Your Dreams” “Coaches 500 Club”.  “Stand Your Ground” - the best-selling memoir released by Pan MacMillan in hard back in 2008 and re-issued in paper back in September 2009.