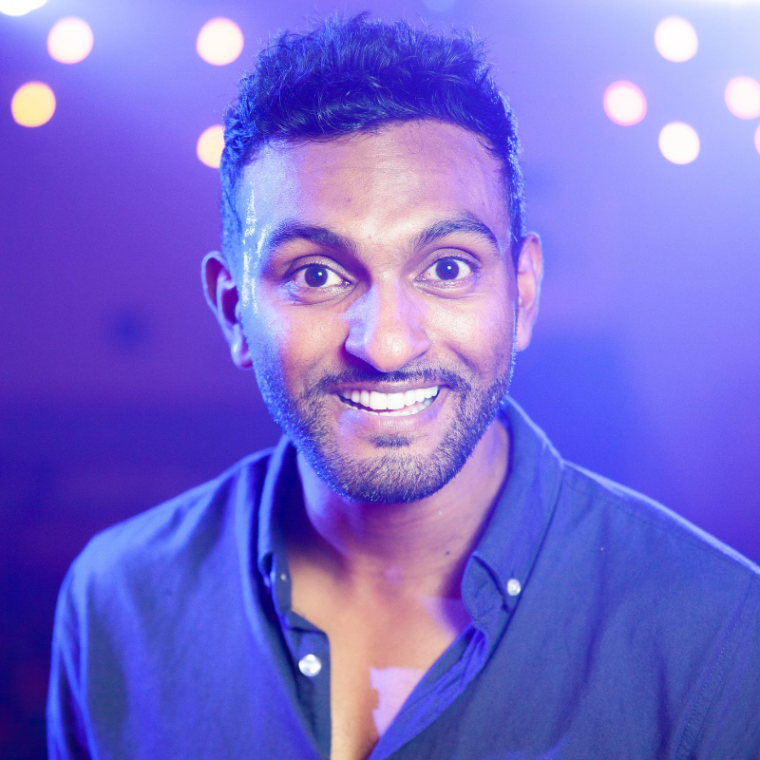 Nazeem Hussain has fast become one of the biggest stars of Australian comedy, and a much loved television and radio personality.

He won the Best Newcomer Award at the Melbourne International Comedy Festival, and has twice been nominated for the Helpmann Award for Best Comedy Performer, as well as a Logie Award nomination for Most Outstanding Comedy.

Nazeem became a household name when he reached the Grand Final of Channel 10’s ‘I’m a Celebrity… Get Me Out Of Here!’ Nazeem’s chosen charity for his prize money was InTouch Multicultural Centre Against Domestic Violence.

In 2022 Nazeem became a published author with the release of his first hilarious children’s book series, Hy-larious Hyena, published by Scholastic Australia.