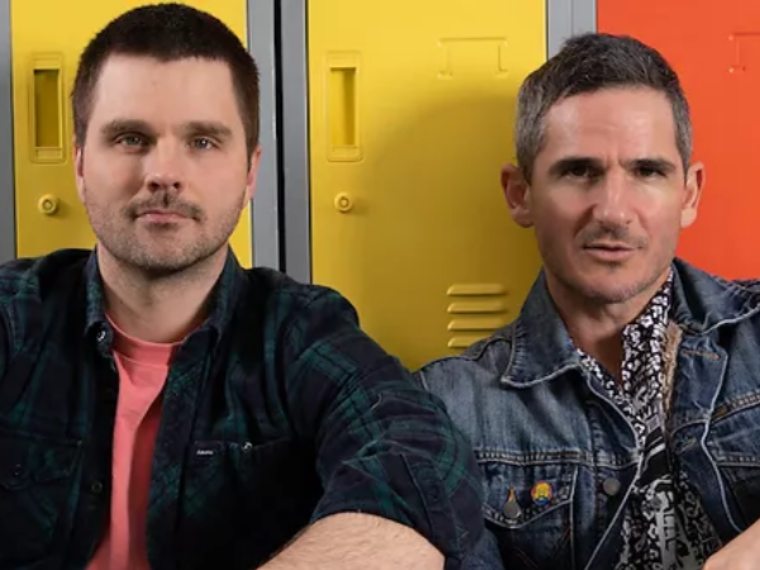 Guy Edmonds and Matt Zeremes are Emmy Award-winning writers, directors and actors. They created and wrote their debut children’s television series HARDBALL which premiered in 2019 as the number one show on ABC Me.

Their first children’s book series ZOO CREW was published by Scholastic in 2021 and captures the fun and imagination that Guy and Matt are known for.

When they were school students themselves Guy was a rock-climbing champion, played the clarinet and his favourite milkshake flavour was lime. Matt was a football champion, liked collector cards and ate lasagne for breakfast.

Despite their success on TV shows such as Hardball, Home and Away and Underbelly, they still love milkshakes and lasagne. They dream of one day putting bunk beds in their office so they can have naps after lunch.