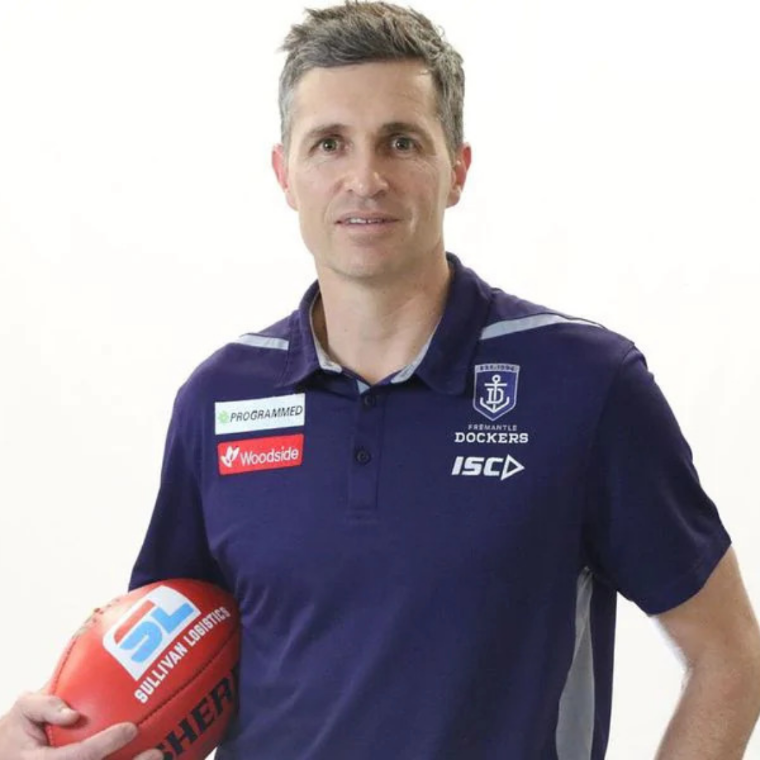 Justin Longmuir is the current senior coach of the Fremantle Dockers, and is highly praised by the AFL community for his very successful first season in 2020.

Prior to coaching, Justin had a 9 year playing career with the Dockers, which ended at just 26 years of age as the result of a chronic knee injury. His coaching career has previously seen him play influential roles at the West Coast Eagles and Collingwood Magpies.

Justin knows about pressure and expectations, having been the number 2 pick of the AFL draft, and having kicked winning goals after the siren. He is well regarded for being a leader with a calm nature, and for building excellent relationships with those he leads.