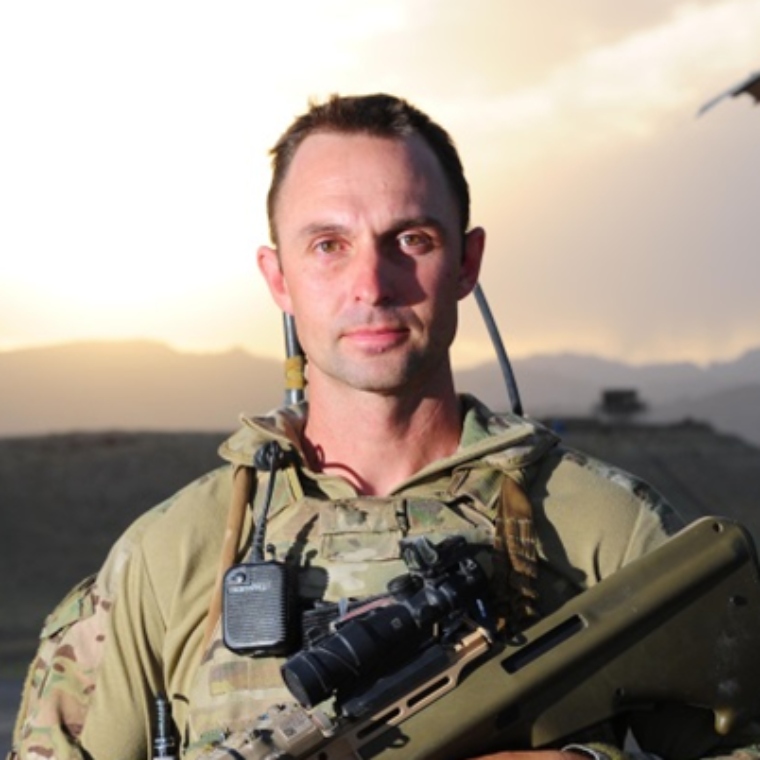 Major Scutchings commenced his military service at the Royal Military College – Duntroon in 2001 where he attended the Army’s premier leadership training institution until mid-2002.

On graduating from Duntroon, Major Scutchings was allocated to the Royal Australian Infantry Corps and posted to various command and staff appointments as a young officer.

In 2003, Major Scutchings deployed to Iraq as the Platoon Commander of the Security Detachment, protecting Australian Diplomats in Baghdad. In 2006, he deployed to East Timor as an operations duty officer in the task force headquarters.

In 2012, as part of the Mentoring Task Force 4, Major Scutchings deployed to Afghanistan in command of over 100 soldiers to train and lead the Afghan National Army in defeating the insurgency.

Major Scutchings has had a long and distinguished career in the Army and has great experience in leading troops in training and overseas operations.

Major Scutchings is currently the head of Defence Force Recruiting military staff in Adelaide and Darwin, and has been in the position since October 2016.