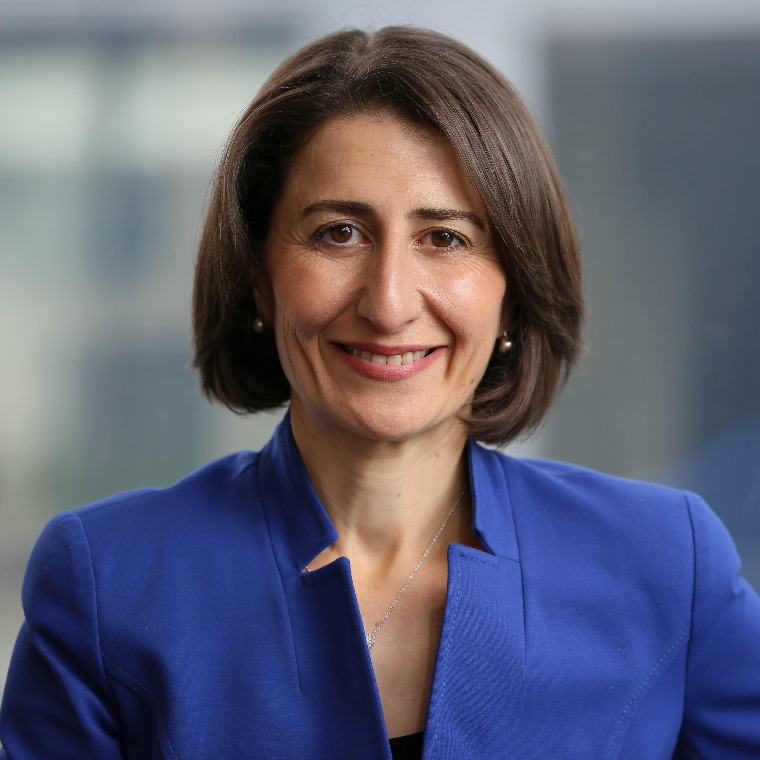 Gladys was first elected to the NSW Parliament as Member for Willoughby on 22 March 2003.

She was elected Leader of the Parliamentary Liberal Party on 23 January 2017 and sworn in as the 45th Premier of New South Wales. Gladys had previously served as Treasurer and Minister for Industrial Relations in the Baird Government since April 2015.

Prior to that, she was appointed Minister for Transport following the election of the O’Farrell Government in March 2011 and served in that role for four years.

She is a Master of Commerce graduate from UNSW and prior to entering Parliament worked as a General Manager for one of Australia’s largest financial institutions. Gladys has also completed studies in Government and Public Administration (B.A., Uni. Syd).

Gladys lives in Willoughby and has had a life-long association with the local area.