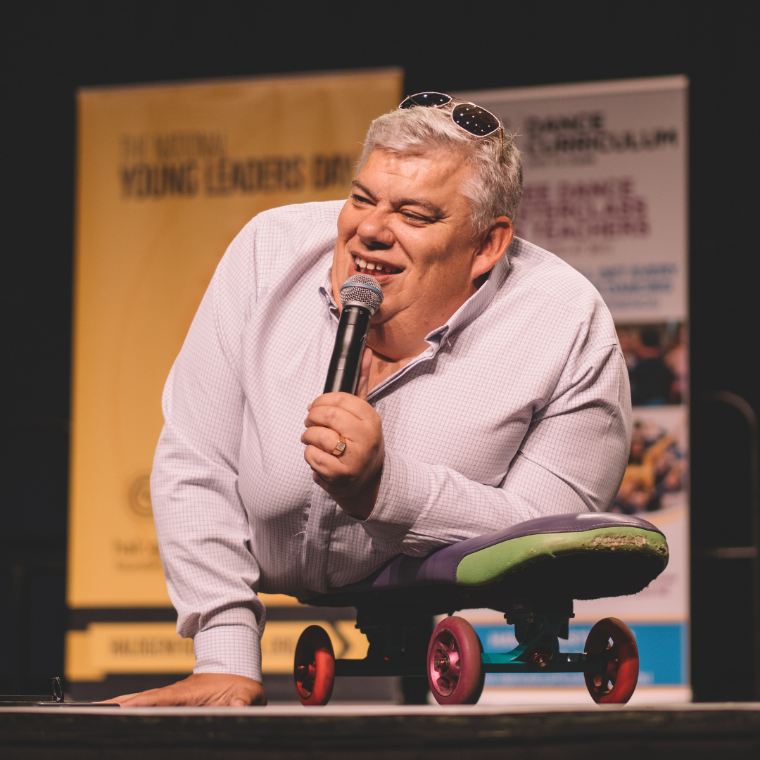 Born with a severe physical disability, John has overcome adversity to become one of the world's most inspirational speakers.

Doctors gave John little hope for survival and now, without the lower part of his body, John rolls around on his custom skateboard sharing his story, life's most important lessons, and his enthusiasm for life.

His story has been heard by 6 million people world wide and has spoken alongside US President Bill Clinton, global entrepreneur Richard Branson, former British Prime Minister Tony Blair, the late Steven Covey and former South African President, Nelson Mandela. John's remarkable story, combined with his passion for life, never ceases to encourage and inspire the next generation of young leaders.