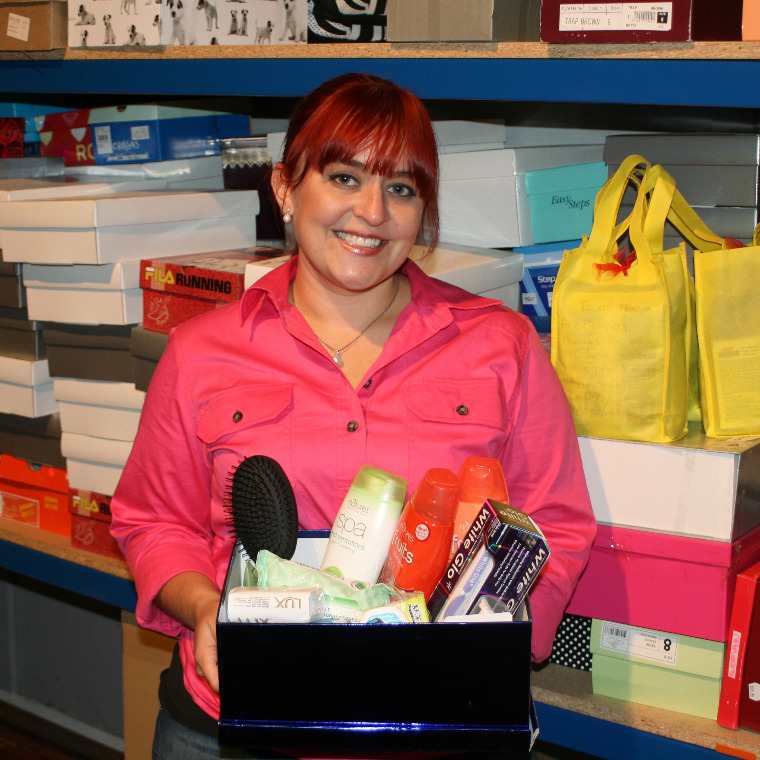 Supporting the community and volunteering is ingrained in Kimberley Marshall. From an early age, Kimberley has undertaken charitable projects and looked for different ways to better the community.

Driven by a desire to make the world a better place, Kimberley studied Psychology at Flinders University, and is employed as a Rehabilitation Consultant to help injured workers back into the workforce. One of the most rewarding aspects of her role is helping clients to identify and pursue alternative career goals when they can no longer return to their previous employment.

Kimberley believes strongly in giving back to the community through volunteering, and is the Founder and CEO of Shoe Boxes of Love Inc - a not for profit organisation that provides love and hope to communities affected by Australian disasters.

Moved by a photo of a young girl sitting on a pile of flood affected belongings, including soggy teddy bears, Kimberley initiated a grass roots collection to make a difference in the lives of some of the people affected by the devastating Queensland floods in 2011. Since then, Shoe Boxes of Love has provided disaster relief to communities right across Australia affected by floods, bushfires, and cyclones, and works in partnership with well-known organisations to ensure help is directed to those who need it most following a disaster.

Shoe Boxes of Love is run solely by volunteers, and continually expands its scope to support the wide range of needs of everyone affected by disasters, including members of disaster affected communities, and emergency service volunteers responding to a disaster.

Kimberley has been recognised for her efforts by being named as an SA State Finalist for the Young Australian of The Year awards, a semi-finalist for the Adelaide Airport Community Leadership Award, a finalist for Brand SA Regional Awards and has been named as one of SA's most Influential Women.

Kimberley believes that everyone has the ability to make the world a better place.