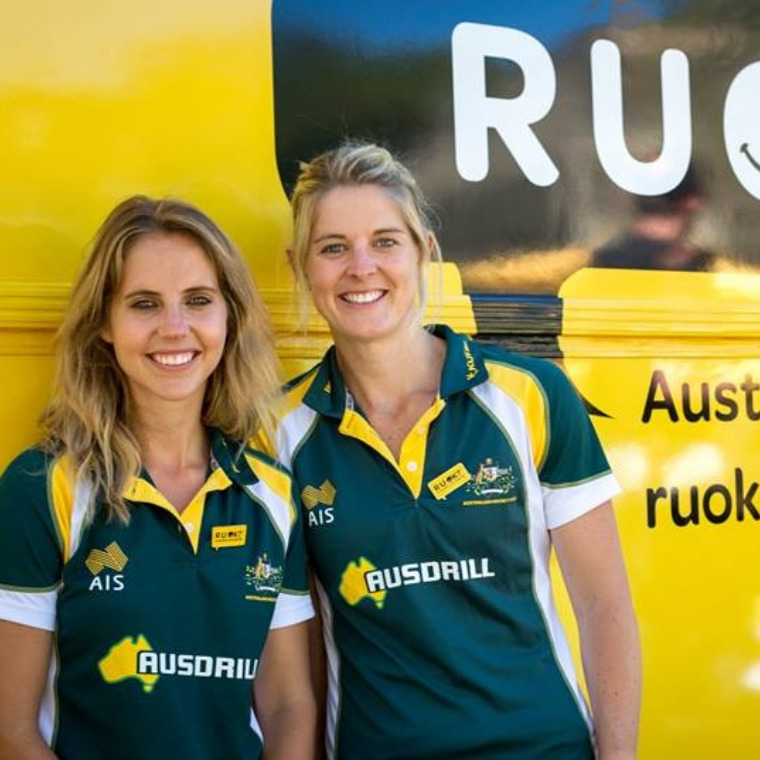 Ashleigh Nelson and Rach Lynch are members of the Hockeyroos - Australian womens hockey team. Combined they have played almost 400 games for one of Australias most recognisable team. During their careers they have become dual Commonwealth Games Gold Medallists winning at Delhi and Glasgow, world cup silver medalists and been to the London and Rio Olympics.

Alongside representing Australia on the hockey field Ashleigh has graduated as an Occupational Therapist and Rach a Nurse. This background in health and sport has led them both to become involved in mental health and wellbeing charity group RUOK. Both are passionate about developing a sense of community and regularly speak on the subject of leadership, team work and work/study life balance.