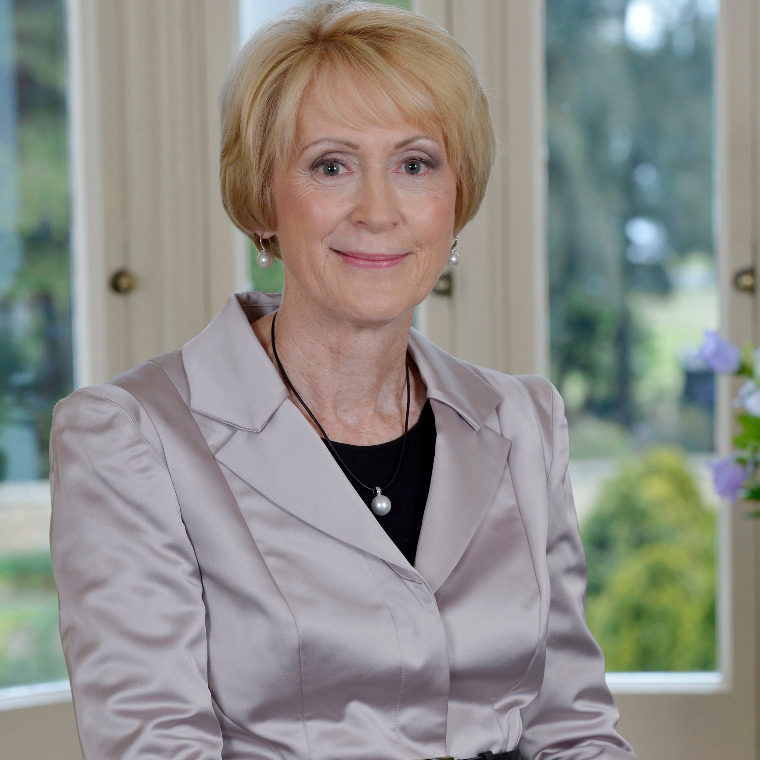 Her Excellency the Hon Kerry Sanderson AC was installed as the 32nd Governor and the inaugural female governor of Western Australia on 20th October 2014. Prior to becoming Governor she has had a distinguished career both in business and in the public sector, and has chaired as well as served on a number of boards including chairing the State Emergency Management Committee and Gold Corporation, and been a non-executive director of two listed companies, and a director of not-for-profit and charitable and community boards. She is also currently the patron of a number of charities.

Mrs Sanderson was Agent General for the Government of Western Australia from November 2008 until December 2011. Based in London, the Agent General represents the Government of Western Australia in Europe and Russia and promotes investment in Western Australia and Western Australian exports to Europe. Mrs Sanderson was Chief Executive Officer of Fremantle Ports from 1991 to 2008, a period during which container trade quadrupled and Fremantle Ports was awarded the prestigious Australian Business Excellence medal. Prior to this she was Deputy Director General of Transport and also worked in the WA Treasury for 17 years, the last five of which she was Director of Treasury’s Economic and Financial Policy Division.

She was the inaugural inductee to Lloyds List Transport and Shipping Hall of Fame in 2005 and also was awarded an Honorary Doctorate of Letters from the University of Western Australia in that year. In 2008 she received and Export Hero Award from the Institute of Export and she was the Telstra Businesswoman of the Year for Western Australia in 1996. She received a centenary medal in 2001 for service to the maritime industry. In 2015, she was awarded an Honorary Doctorate from Murdoch University.

Mrs Sanderson was named a Companion of the Order of Australia in the 2016 Queen’s Birthday Honours for eminent service to the people of Western Australia, to the promotion of international investment, scientific research and export opportunities, and through roles with maritime, mining, emergency management and not-for-profit organisations.