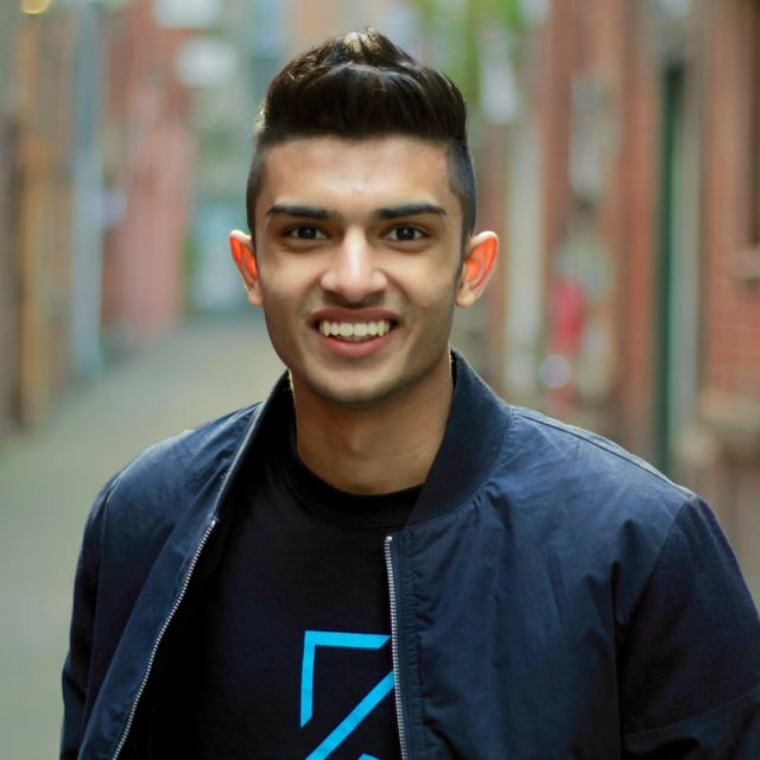 From suspended schoolboy to educational pioneer. Taj Pabari is living proof that anyone with determination and passion can change the world.

Taj Pabari is a sixteen-year-old inventor, entrepreneur and educational pioneer passionate about inspiring children discover and embrace the world of entrepreneurship through technology and innovation.

Taj has always been captivated by the world of business. From informally selling items during his free time and lunch breaks, he made his official entrepreneurial debut at the age of eleven, when he founded his first business, an electronic blogging site for children, by children. 300 articles later, the site was sold and was an inspiration behind starting his next venture.

In late 2014, Taj founded Fiftysix Creations, a build-it-yourself tablet and coding kit for kids. As easy as a puzzle, as fun as a computer game. The company aims to ignite the creative spark in all children by allowing them to build and customise their very own tablet, along the way learning about what really makes it go.

To date, Taj has had his work and story featured by 60 Minutes, National Geographic, ABC, Sky News, Sunrise, CNBC, The Australian, Channel Seven, Channel Nine and Channel Ten. He is also one of the people who the Prime Minister of Australia thinks will push the nation's economy forward.

Taj was the Winner of The Australian Young Innovator of the Year for 2014. He is currently studying in Grade Twelve at John Paul College in Brisbane, Australia. When he is not at school or ‘working’ on his ventures, he divides his remaining time between tennis, martial arts and travelling.