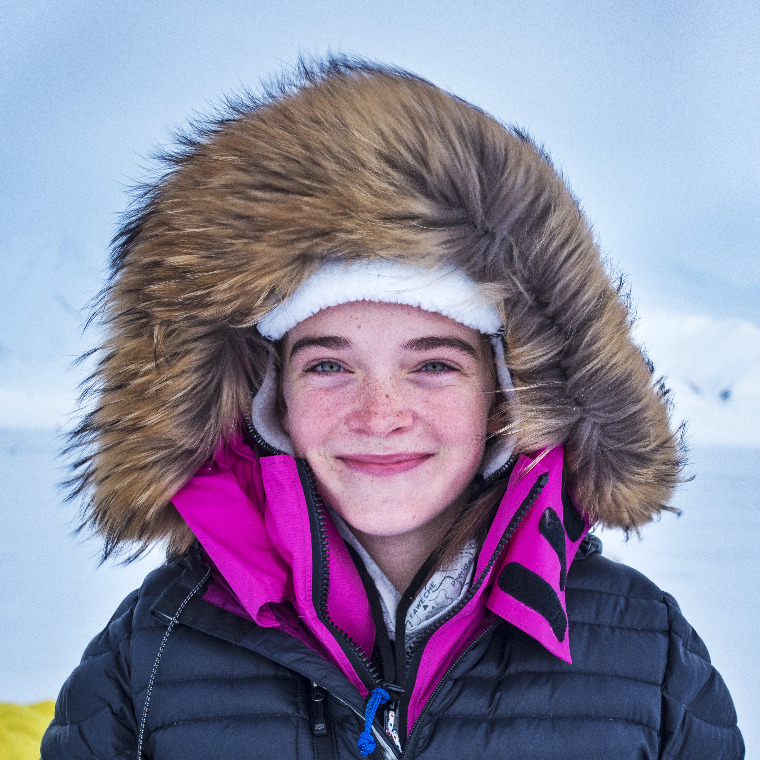 to the North Pole

Jade is a 15 year old student from Melbourne who loves being active and outdoors.

Jade had climbed Mt Kosciuszko and completed her first triathlon season by age 6. By age 12, Jade had conquered the Mt Everest Base Camp Trek. And at age 14, she became the youngest person in history to ski to the North Pole from anywhere outside the Last Degree (150km over 11 days). This was also the longest journey to the North Pole by any woman on the planet in the last 2 years.

This latest expedition marks the start of Jade's Polar Quest where she is planning to cross Greenland (540km in 30 days, aged 15) in May 2017 and ski to the South Pole from the coast of Antarctica (1,170km in 60 days, aged 16) in December 2017, breaking numerous world records, including becoming the youngest person to ski to both Poles and the youngest person to complete the Polar Hatrick.

All three expeditions will be the subject of a NatGeo documentary with Jade's North Pole expedition airing globally in late 2016 as part of a series on inspiring young women around the world.