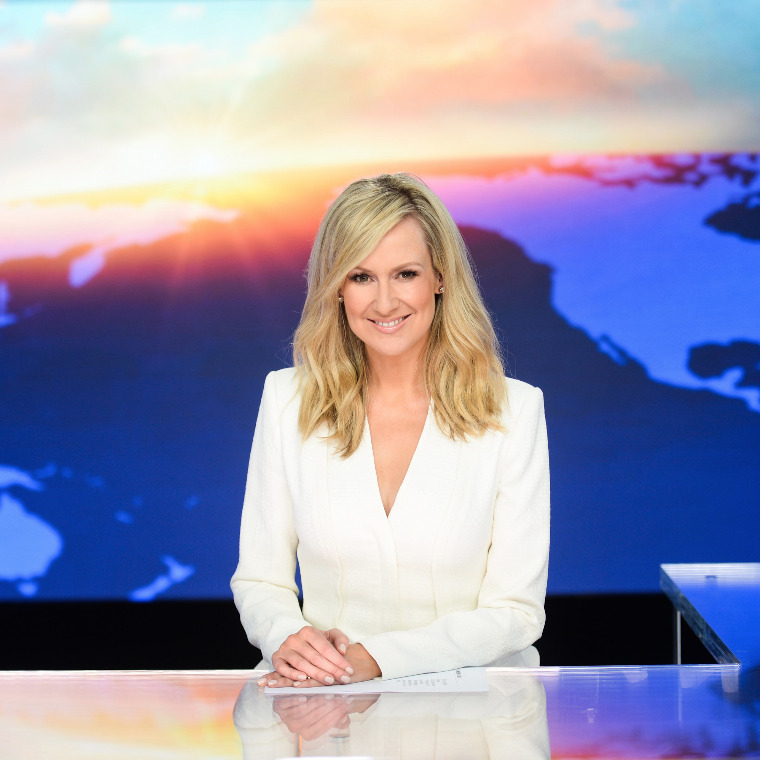 An accomplished and awarded journalist with more than 25 years’ experience, Melissa is one of the best-known and trusted voices and faces in Australian media.

In the 2016 Australia Day Honours List Melissa was made a Member of the Order of Australia (AM) for her "significant service to the community through representational roles with a range of charitable groups, and to the broadcast media."

She can be heard on Smooth FM between 6am and 10am each Saturday and Sunday, on line or via the SmoothFM app.

Born and raised in Sydney, Melissa attended Charles Sturt University in Bathurst, graduating with a degree in Broadcast Journalism. In 1990, Melissa began her career as a television news reporter and weather presenter at WIN TV Canberra. Three years later she moved to the Prime Television newsroom in Canberra as a general reporter and newsreader. In 1995, Melissa joined Seven’s Canberra bureau at Parliament House as a political reporter, before moving to the Sydney newsroom as a general reporter.

Melissa became part of the Sunrise team in 1997 and co-hosted Australia’s favourite breakfast program until August 2013. Throughout her journalistic career and as host of Sunrise, Melissa has covered some of the most significant news events of recent times including the Beaconsfield mine disaster, the Royal Wedding of Prince William and Catherine Middleton, Olympic Games in Sydney, Athens and Beijing, the Queen’s Diamond Jubilee, the Queensland floods, Black Saturday Bushfires and multiple federal and state elections.

Since re-joining the Seven News team as presenter of Seven’s Afternoon News - Melissa has been called on as live anchor for the network’s rolling coverage when news breaks, and has covered major news events including the release of Australian Schapelle Corby from prison in Indonesia, the National day of Mourning for the victims of the Malaysia Airlines Flight MH17 tragedy, the birth of the Royal Baby and, most recently, the Lindt Café Siege in Sydney’s Martin Place and Centenary of ANZAC commemorations in Gallipoli.

Melissa and the Seven News team were recognised with the Silver Logie for the Most Outstanding News Coverage in 2015 for their coverage of the Lindt Cafe Seige. This was followed in November 2015 with a Walkley Award for coverage of the same event.

Off screen, Melissa is a devoted wife and proud mother of Nicholas and Talia, a successful publisher and radio broadcaster.

She also passionately supports many charities. She is National Patron for the Make A Wish Foundation and an Ambassador for The Alannah and Madeline Foundation, The Children’s Hospital at Westmead, World Vision, Children’s Cancer Institute, Adopt Change, Legacy and the National Breast Cancer Foundation. She is also Chairperson for the GIANTS Foundation and is a Board Member of the George Gregan Foundation.

A multiple Silver Logie nominee as Most Popular Television Presenter, Melissa was voted one of the "most real celebrity mums" and regularly polls in the Top 50 of Reader's Digests annual list of Most Trusted Australians.

Melissa is also an ambassador for the Federal Government's National Road Safety Council and is the Number One Ticket Holder for the GWS Giants(AFL) and Whittlesea Eagles (Vic AFL).