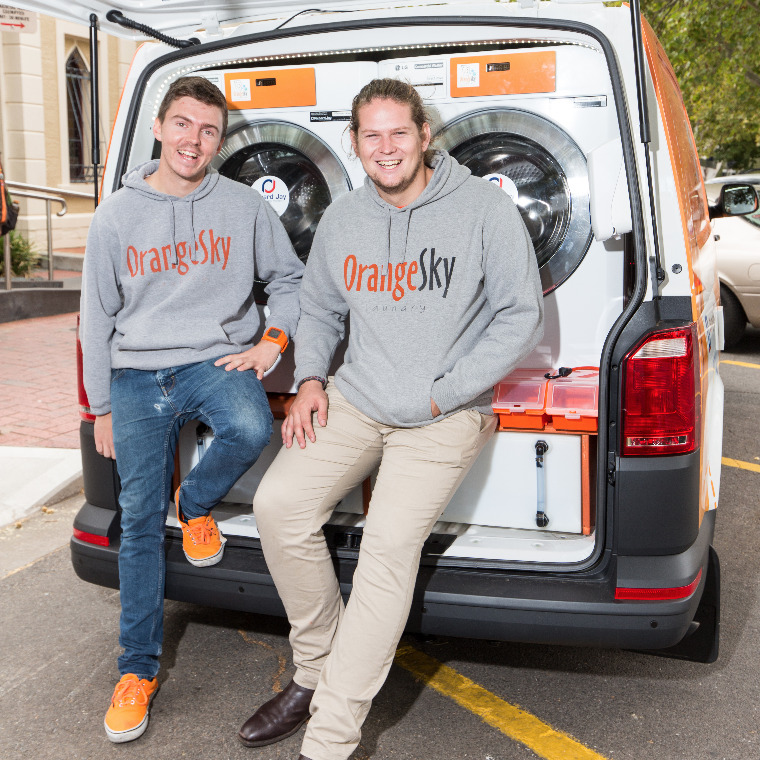 Best mates, Nic Marchesi and Lucas Patchett who were awarded 2016 Young Australians of the Year built a free mobile laundry in their old van to help the homeless. Orange Sky Laundry began in September 2014 and since then, the world first idea has rapidly expanded to 10 vans in Hobart, Sunshine Coast, SE Melbourne, Perth, Gold Coast, Sydney, Brisbane, Melbourne, Adelaide, and Canberra. Run by 822 volunteers across the country, the custom fitted vans with two commercial washing machines and two dryers service over 71.5 locations and wash over 6.39 tonnes of laundry a week. A catalyst for conversation, Orange Sky facilitates countless hours of conversations each week. In February 2015, they took their mobile laundry to North Queensland to wash clothes in cyclone affected communities. Orange Sky Laundry to date has washed over 185,181 kgs of free laundry but most importantly fostered over 47,477 hours of positive and genuine conversation. Nic and Lucas have found a way to treat others the way they want to be treated by restoring respect, raising health standards and reducing the strain on resources. They now plan to expand services Australia-wide with the aim of positively connecting the community and improving the lives of others.