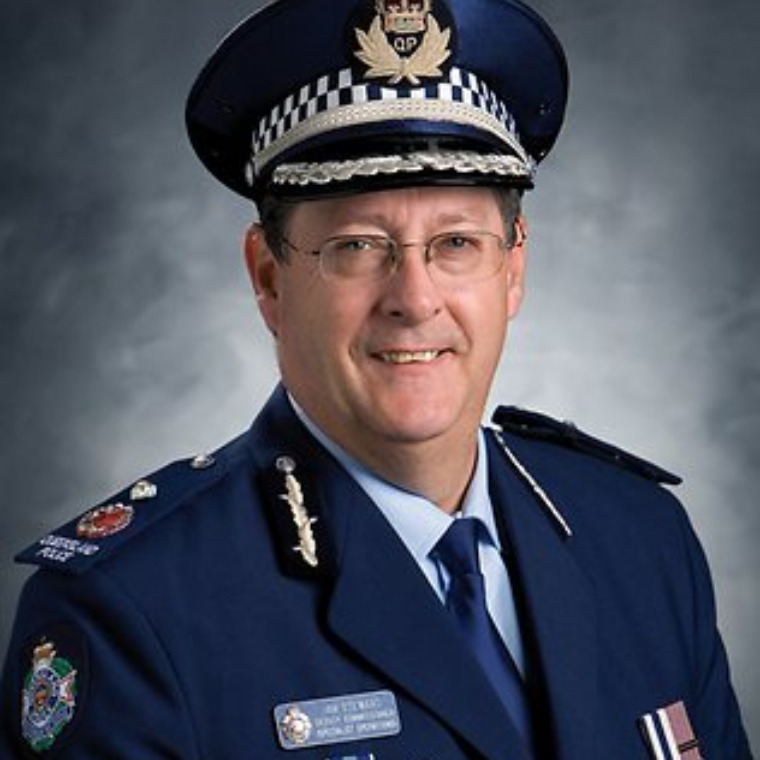 Commissioner Ian Stewart is the 19th Commissioner of the Queensland Police Service taking up this position on 1 November 2012. Commissioner Stewart is a career Police Officer with over 40 years of service having held numerous senior positions across a broad range of portfolios within the QPS.

Upon taking up his new position, the Commissioner set new values for the QPS. The values are for each member to espouse:

• Pride: in ourselves, the Queensland Police Service, the work we do and the community we serve.

Commissioner Stewart’s detailed key objectives are for the QPS to:

• make the community safer (including stopping road trauma); and

• build relationships across the community.

Commissioner Stewart has been instrumental in leading the QPS through the Renewal Program and the Police and Community Safety Review, the most significant period of reform since the Fitzgerald era. The reforms introduced by Commissioner Stewart have empowered the QPS to redefine its service delivery model, and therefore better meet the needs of the community through a heightened emphasis on front line policing.

The Commissioner has implemented a visionary holistic program of organisational renewal for the QPS to convey an integrated service delivery model that meets community expectations and delivers value for money.

Commissioner Stewart has also been pivotal in the strategic leadership of the QPS through the security arrangements for Operation Southern Cross, the largest peacetime security operation in Australian policing history, the G20 Leaders Summit and associated Finance Ministers and Central Bank Governor’s meeting in 2014.

The QPS vision for a more outward looking and engaging organisation will result to ensure Queensland is an even safer place to live, work and do business for all.

Commissioner Stewart is married to Carol and they have three adult children.