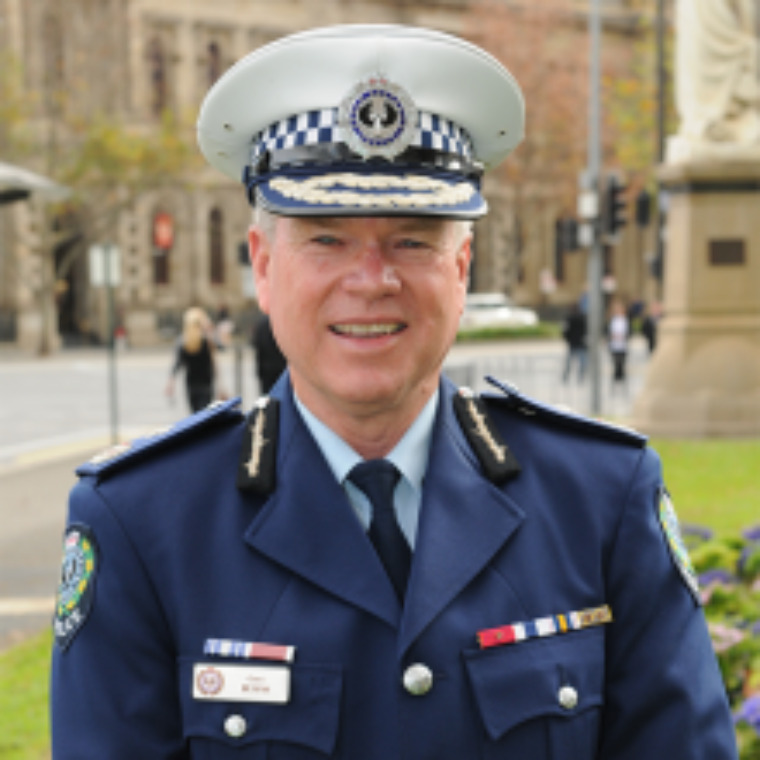 Commissioner Burns joined the South Australia Police in 1972 and upon graduation served in uniform patrols, country locations and STAR Group, where he ultimately became Officer in Charge.

In 1998, Commissioner Burns visited the United States of America and Canada and undertook research associated with projects being conducted by Focus 21 and STAR Group. Among others, he visited the New York Police Department, the FBI and Royal Canadian Mounted Police.

Commissioner Burns was project team leader at Focus 21, and upon conclusion of Focus 21 in June 2000, he was appointed Assistant Commissioner.

In 2001, Commissioner Burns undertook a 3 month exchange program with the Royal Canadian Mounted Police, which provided opportunities to examine a range of topics that were relevant to strategy, change programs and improved levels of service delivery.

In 2003, Commissioner Burns was seconded to the Department of Premier and Cabinet in the Security and Emergency Management Office for a period of 12 months. There he implemented a number of whole-of-government counter terrorism, security and emergency management reviews.

He is a recipient of the Australian Bravery Medal and Australian Police Medal.

He was appointed to Deputy Commissioner in April 2007, with primary responsibilities of assisting the Commissioner of Police in managing and providing strategic leadership to SAPOL, introducing necessary change and reform and managing statewide police activities and operations. Nationally he was a member of the National Counter Terrorism Committee.

Deputy Burns was appointed as Commissioner of Police, South Australia on 21 July 2012.

At a national level, Commissioner Burns is a member of the Board of Management for the Australian Crime Commission; CrimTrac; Australia New Zealand Policing Advisory Authority; and National Common Police Services comprising National Institute of Forensic Science; National Crime Statistics Unit; and Australian Institute of Police Management. He is also a member of the Australia New Zealand Police Commissioners Forum.

Commissioner Burns has been in a position of leadership over many years, had to make tough decisions and lead his teams well. He has a wealth of experience to share with the young leaders.