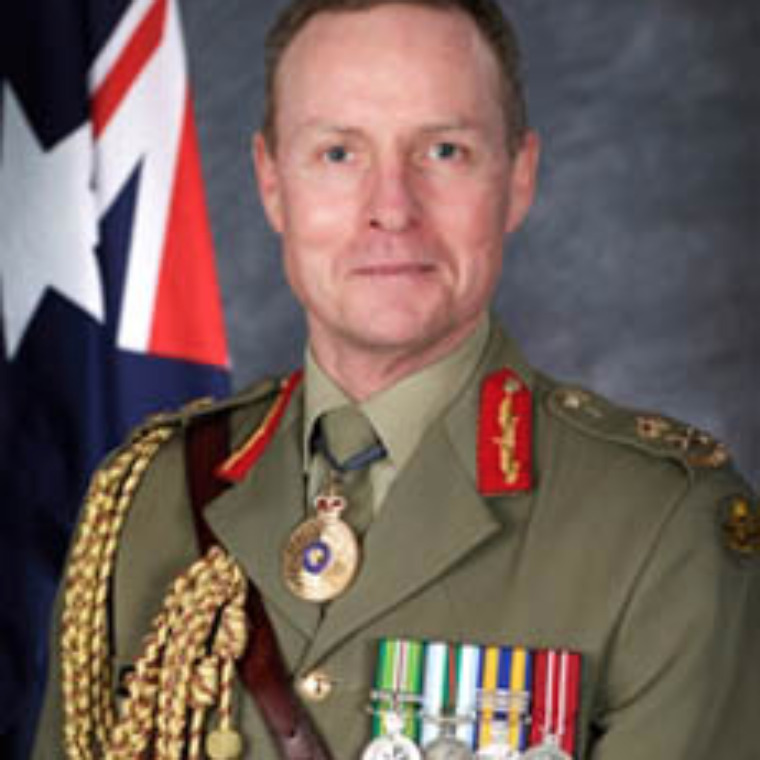 Lieutenant General David Morrison joined the Army in 1979, after completing a BA at the Australian National University. He graduated from the Officer Cadet School, Portsea to the Royal Australian Infantry Corps and between 1980 and 1991 he held a variety of regimental positions, from Lieutenant to Major, in Brisbane, Singleton and Newcastle. He was also the Australian Instructor at the Royal Military Academy, Sandhurst UK in the period 1987 to 1988. After attending Army Command and Staff College in 1992, he was appointed as the Brigade Major of the 3rd Brigade, deploying in that role to Bougainville as part of Operation Lagoon in 1994, and following his promotion to Lieutenant Colonel in 1994 he spent two years at Army Headquarters as the Director of Preparedness and Mobilisation.

He was the Commanding Officer of the Second Battalion, The Royal Australian Regiment in 1997 and 1998. Lieutenant General Morrison was made a Member of the Order of Australia (AM) in 1999 for his services as Brigade Major, Director of Preparedness and Mobilisation and as CO 2RAR.

He was promoted to Colonel in October 1999 and took up the position of Colonel Operations, Headquarters International Force East Timor (INTERFET). On his return to Australia, he was posted to the Deployable Joint Force Headquarters as Chief of Staff. In 2001 he attended the Centre for Defence and Strategic Studies, Canberra, graduating with an MA in Strategic Studies. He was promoted to Brigadier in November 2002 and commanded the 3rd Brigade from December 2002 until December 2004. He was then appointed as Director-General Preparedness and Plans - Army and held that position until his promotion to Major General in December 2005.

He became Commander of the Australian Defence Colleges in January 2006 and during that year led a review into Defence's joint education and training system. In April 2007, he was appointed Head Military Strategic Commitments where he served for eleven months before becoming the Deputy Chief of Army in early 2008. During that year he led a review into Army's command and control structure which resulted in the Adaptive Army initiative which had, as one of its key outcomes, the proposed creation of Army's largest command - Forces Command, responsible for force generation and, through the oversight of the Army's Training Continuum, the development of a modern foundation warfighting capability. He was appointed as Land Commander Australia in December 2008 and became Army's first Forces Commander on 1 July 2009. On 24 June 2011, he was promoted to the rank of Lieutenant General and on 27 June 2011 he assumed his current appointment of Chief of Army.

For his service to the Australian Army in the fields of training and education, military strategic commitments and force structure and capability; in particular, as Commander Australian Defence College, Head Military Strategic Commitments and Deputy Chief of Army he was appointed as an Officer in the Order of Australia in the 2010 Australia Day Honours list. In February 2012, he was awarded The Legion of Merit, Degree of Commander, by the United States of America, for exceptionally meritorious service as the Chief of the Australian Army.

His hobbies include remembering when he used to play golf, staying fit, cooking and reading. He is married to Gayle and has three adult sons from a previous marriage.