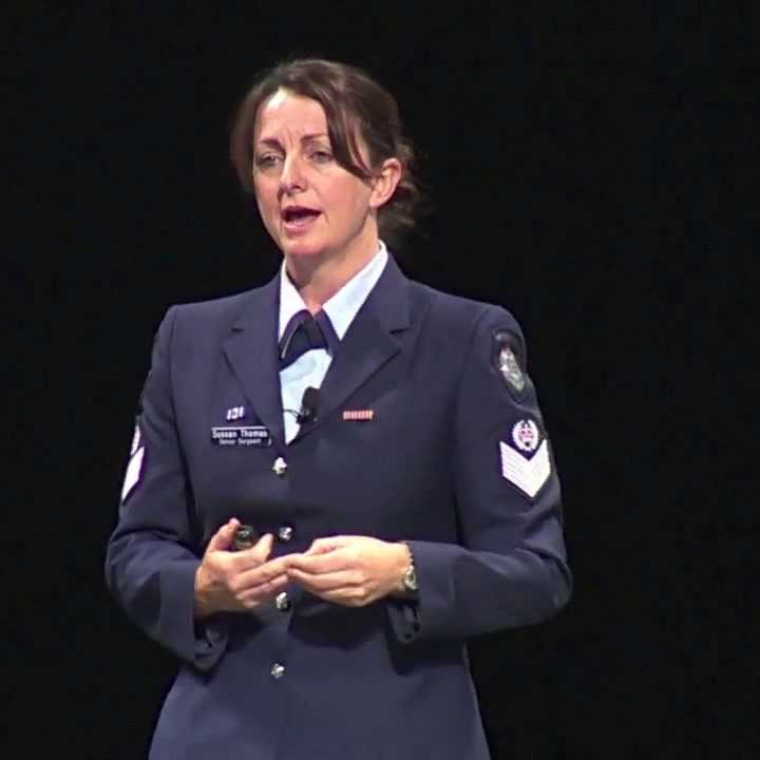 Det Snr Sgt Sussan Thomas graduated from the Victoria Police Academy in 1989. Her initial appointment was at the Broadmeadows Police Station and she continued to work at various ‘frontline’ uniform stations. In 1992 she was the recipient of the ‘Angela Taylor Memorial Scholarship’ and undertook and attained a high distinction for a Bachelor of Applied Science Degree. In 1996, she was promoted to the rank of Senior Constable.

Detective Thomas performed special duties on the Bicycle Patrol Group and was actively involved in community engagement projects such as ‘calm from harm’ and the ‘wall project’ building relationships between local police and youth.

She worked in specialist areas such as the Sexual Offences and Child Abuse Unit and in 2003 qualified and attained a Diploma in Police Investigation and was appointed as a Detective Senior Constable.

In 2006, Detective Thomas was promoted to the rank of Sergeant and successfully attained a Diploma in Police Supervision. While performing this role, she worked with the local Municipal Council and created a Community Safety Register focusing on identifying and supporting vulnerable members of the local community.

She has performed supervisory roles within the Crime Department at the Armed Crime Taskforce and Sexual Crimes Squad.

In 2010, Detective Thomas was promoted to the rank of Detective Senior Sergeant at the Violence Against Women and Children Strategy Group. Within this group, she developed strong business relationships with Rotary and was selected as a mentor on the Rotary/Victoria Police Leadership Mentoring Program. She has managed community projects such as the state wide Family violence and Sexual Assault Media Awareness Program, White Ribbon activities, Sexual Offences and Child Abuse Investigation Team Project and numerous projects that work towards enhancing community awareness; building and strengthening relationships between police, communities, government and non government partners.

She has performed the role as Detective Acting Inspector, in charge of the Violence Against Women and Children Strategy Group and Staff Officer to the Group Director of Human Resources.

She is currently performing duties at Crime Command at the rank of Detective Senior Sergeant providing response and leadership in the investigation of serious crime and working on policy and procedures to improve and strengthen Victoria Police service delivery.