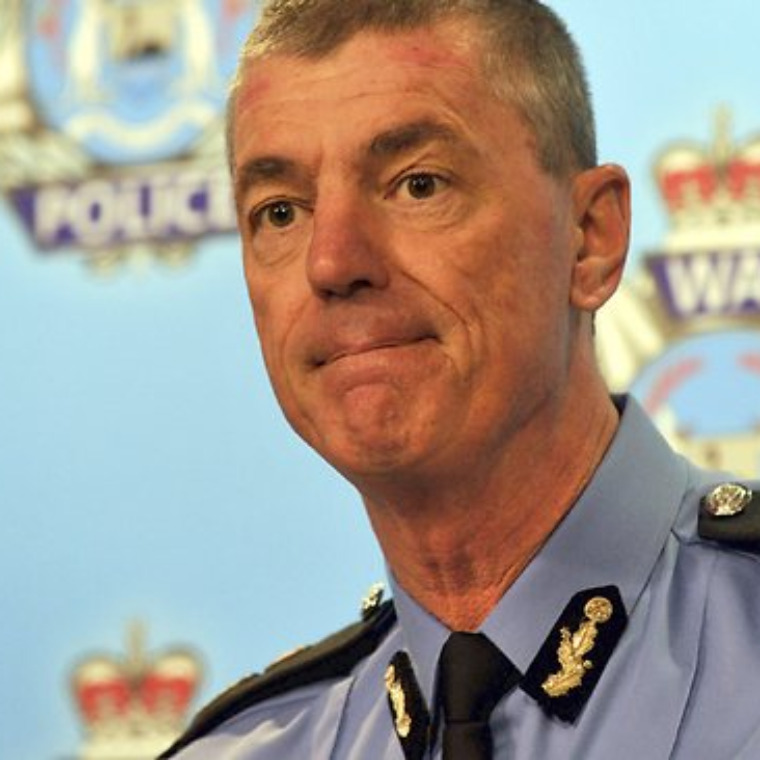 Commissioner of the West Australian Police

Karl O’Callaghan joined the Western Australia Police as a 17-year-old Police Cadet in December 1973. He graduated as Dux of the Police Academy in January 1976.

Since graduating he has served in both metropolitan and regional Western Australia including at Police Communications, Port Hedland, Perth Traffic Branch, Manjimup, Community Education Section and the Police Academy. In 1996 he was promoted to Superintendent and was transferred to the Internal Investigations Unit and later ran both the Wheatbelt and South East Metropolitan policing districts.

In 2001 he was promoted to Assistant Commissioner (Strategic and Corporate Development) assuming responsibility for major change, reform and information technology projects in the Western Australia Police. He later relieved in the positions of Executive Director (Corporate Services) and Deputy Commissioner (Reform).

In 2004 he was appointed Police Commissioner and given the special additional task of implementing the reforms of the Kennedy Royal Commission. Since that time he has overseen and implemented widespread cultural, business and process change in the Western Australia Police. He has also championed the Frontline First policing direction and has reintroduced a ‘back to basics’ reassurance style of policing.

Commissioner O’Callaghan has a Bachelor of Education with 1st Class Honours and in 1998 he became the first police officer in the history of the Western Australia Police to complete a PhD.

In 1997 he was awarded a Churchill Fellowship and to study the teaching of police ethics and professional standards. In 2008 he was recognised for his contribution to diverse communities by Rotary International and became a Paul Harris Fellow. He is also a recipient of the Australian Police Medal.

Commissioner O’Callaghan is currently a Director on the Board of the Police and Nurses Credit Society and the Board of Mazenod College. He is married with four children. When he is not engaged in his ‘day job’ the Commissioner is a member of a local rock band called ‘The Filth’, plays guitar and sings (but not very well). ‘The Filth’ raises money for various charities. In addition, he is a regular radio presenter and DJ on one of Western Australia’s community radio stations where he produces and narrates a regular program on rock music history. His other interests include fishing, scuba diving and building live sound speaker systems.