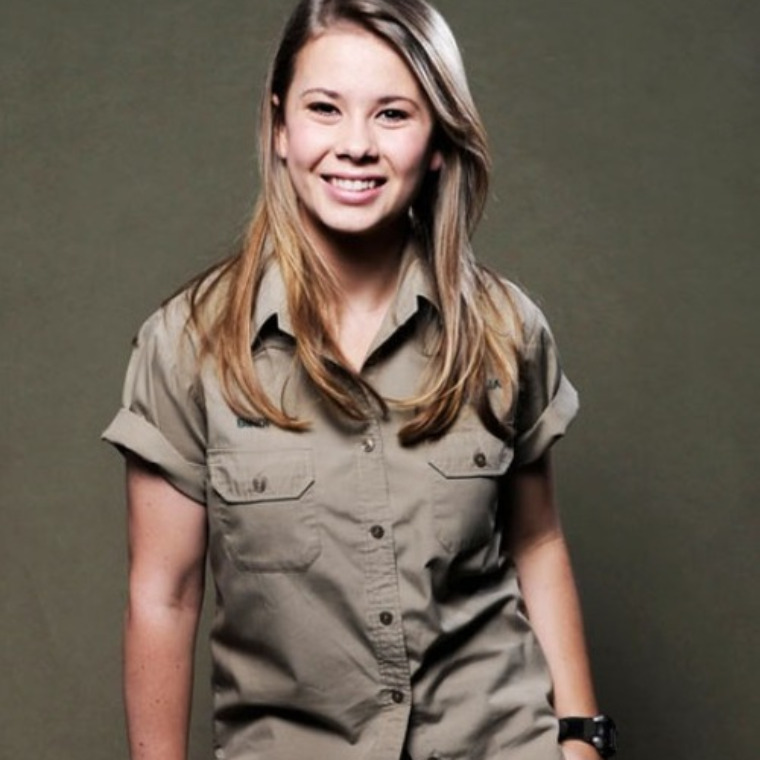 Bindi Irwin is only 16 years old and is already an international award-winning celebrity, along with her brother Robert Irwin, 10 years old, who have inherited their father’s passion for wildlife and conservation. Born to enthusiastic wildlife conservationists Steve and Terri Irwin, Bindi and Robert were quite literally born on television.

By the age of 9, Bindi had appeared on numerous American chat-shows, including The Ellen DeGeneres Show, The Late Show with David Letterman, Oprah and Larry King Live.

Bindi loves to sing and dance, particularly about wildlife, and regularly performs songs from her popular and award winning DVDs at Australia Zoo. Bindi has also performed at special events such as ‘G’Day USA’ at the Music Centre in LA and the New York City Centre in 2007.

In 2008, Bindi won a Logie for ‘Most popular new female talent’ and in 2009 she was nominated for an ARIA (Australian Record Industry Award). Both Bindi & Robert Irwin were awarded the Nickeodeon Kids’ Choice Award for Biggest Greenies in 2009. They accepted this award together and dedicated it to their father Steve, and the Steve Irwin Wildlife Reserve.

Bindi has also co-created a range of books called Bindi: Wildlife Adventures which have been launched in Australia, New Zealand in 2010 and the US in 2011.

The greatest reward for Bindi and Robert would be to have the Steve Irwin Wildlife Reserve – this special conservation property dedicated to Steve – protected from mining. It is a living tribute to Steve and a place that is very dear to them.