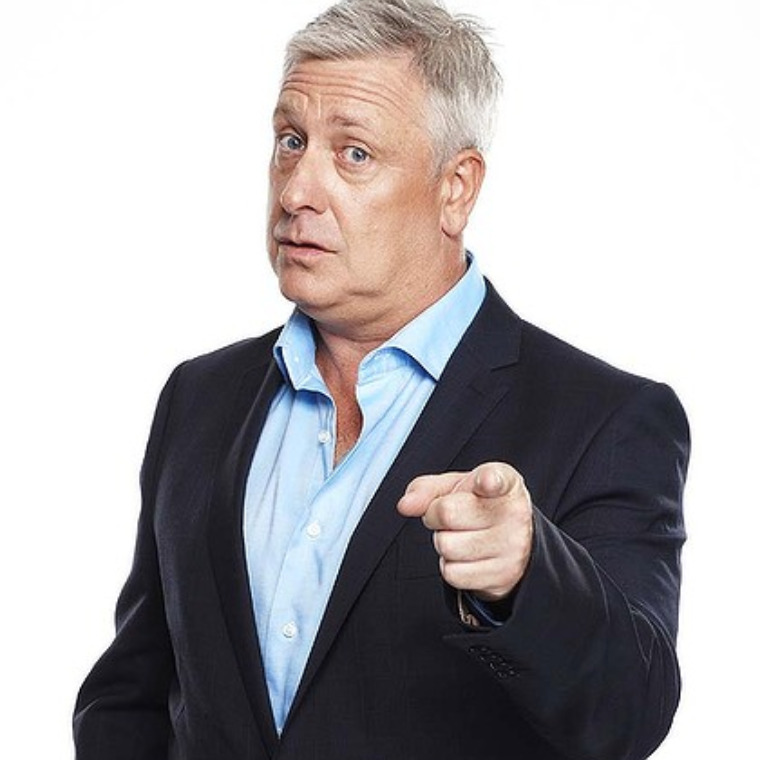 Who doesn’t know Ian Dickson? Perhaps you know him as Dicko? This loud n’ proud, bold, but utterly charming English ex-pat has been a staple part of Australian media since 2003.

In 2012, Dicko took up an offer to go alongside Patti Newton and David Hassleshoff in the Nine Network’s second series of The Celebrity Apprentice. Much to everyone’s surprise, Dicko made it through to the finale and was announced as the winner. The ol’ bugger demonstrated his softer side on the show with teary boardroom confessions and his determination to win money for his charity (The Australian Children Music Foundation).

Prior to The Celebrity Apprentice, Dicko and his manager David Wilson developed the TV format Can Of Worms and in collaboration with Andrew Denton at Zapruder’s Other Films pitched the show to Network TEN in 2011. Though it was never Dicko’s intention to host the show, somehow he found himself in the role and the show aired in July of that year. Burdened by thoughts that he didn’t have what it took to host the show he loved so much, Dicko elected to sack himself from the role after series one (his friend and Watercooler stablemate Chrissie Swan stepped into the host role for the following 2 years).

Dicko is no stranger to radio, having first sat behind the mic in 2008 when he joined Vega 91.5 FM in Melbourne (now Smooth FM) alongside Dave O’ Neil and Chrissie Swan for their own show. Dicko, Dave & Chrissie ran for two years.

Of course, we all know Dicko as the ‘bastard’ judge on Network TEN’s Australian Idol. The series first launched in Australia in 2003, with Marcia Hines and Mark Holden alongside Dicko. The show was a smash hit and Dicko became a household name.

Dicko left Australian Idol after the second series to join the Seven Network in hosting My Restaurant Rules, Celebrity Survivor: Vanuatu and was the last man standing as a contestant on Dancing With The Stars in 2005 where he finished third.

Dicko returned to his judging chair on Australian Idol in 2007 for a further three series, whilst also finding the time to be a judge on the US show The Next Great Australian Band for the Fox Network in 2007 which required him to commute between LA and Sydney every week!

Prior to becoming a household name, Dicko had spent over 20 years in the record industry in the UK working inside iconic labels such as Creation Records, Sony, A&M and BMG. Dicko has worked with big acts such as Ozzy Osbourne, Celine Dion and Primal Scream, and as Head of International at BMG UK he worked on the career development of artists like Jamiroqui, Westlife, Natalie Imbruglia and Pearl Jam. Dicko relocated his family (partner Mel and their two daughters Edie and Esme) to Australia in 2001 to become the General Manager of Marketing for BMG Australia.

As you may see from Dicko’s credentials, he has not wasted any time to become the fully-fledged, sincere and a lil’ bit cheeky music guru/bastard judge/TV host/radio host that we all know and love.