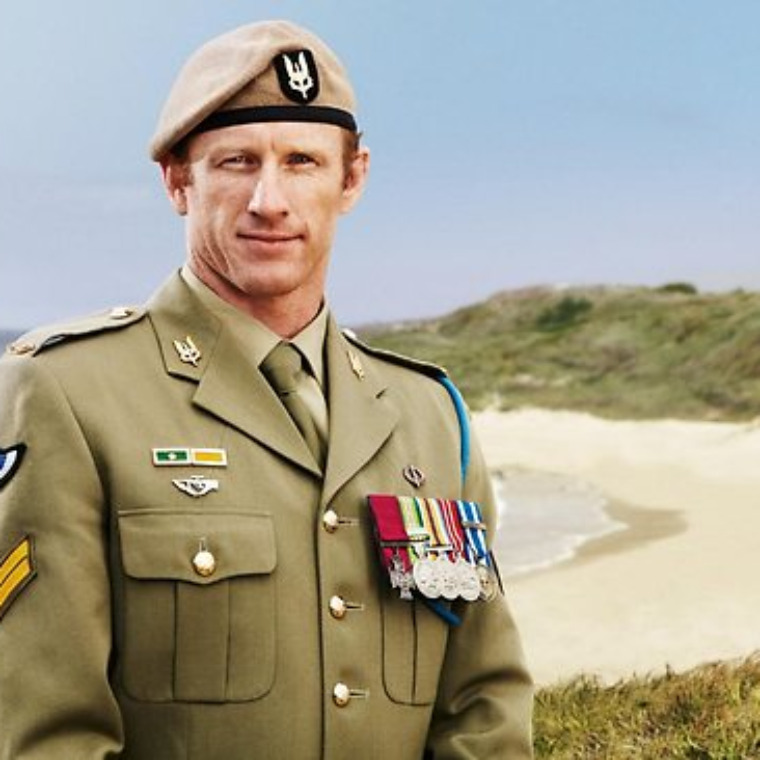 Mark Donaldson was born in Waratah, Newcastle, NSW on 2 April 1979. He spent his formative years in northern NSW where he graduated from high school in 1996.

Trooper Donaldson enlisted into the Australian Army on 18 June 2002 and entered recruit training at the Army Recruit Training Centre, Kapooka, NSW. He demonstrated an early aptitude for soldiering and was awarded the prizes for best shot and best at physical training in his platoon. Subsequently he was allocated to the Royal Australian Infantry Corps and posted to the school of infantry at Singleton, NSW, where he excelled in his initial employment training. At the completion of this training he was again awarded best shot and best at physical training, as well as the award for the most outstanding soldier in his platoon.

He was posted to 1st battalion, Royal Australian Regiment, Townsville, QLD in November 2002. It was during this time that Trooper Donaldson decided to pursue his ambition to join the Special Air Service Regiment.

On 12 August 2008, Trooper Donaldson was wounded in action whilst conducting nightime operations in Oruzgan Province, Afghanistan. He recovered from his minor wounds and continued on the deployment.

Trooper Donaldson was involved in an incident on 2 September 2008 in Oruzgan Province, Afghanistan that resulted in him being awarded the Victoria Cross for Australia. He was invested by her Excellency the Governor-General of Australia at Government House, Canberra on 16 January 2009. Trooper Donaldson remains posted to the Special Air Service Regiment in Perth, WA.

Trooper Donaldson is married to Emma and has a daughter Kaylee.

The Victoria Cross is the pre-eminent award for acts of bravery in wartime and is Australia's highest military honour.

It is awarded to persons who, in the presence of the enemy, display the most conspicuous gallantry; a daring or pre-eminent act of valour or self-sacrifice; or extreme devotion to duty.