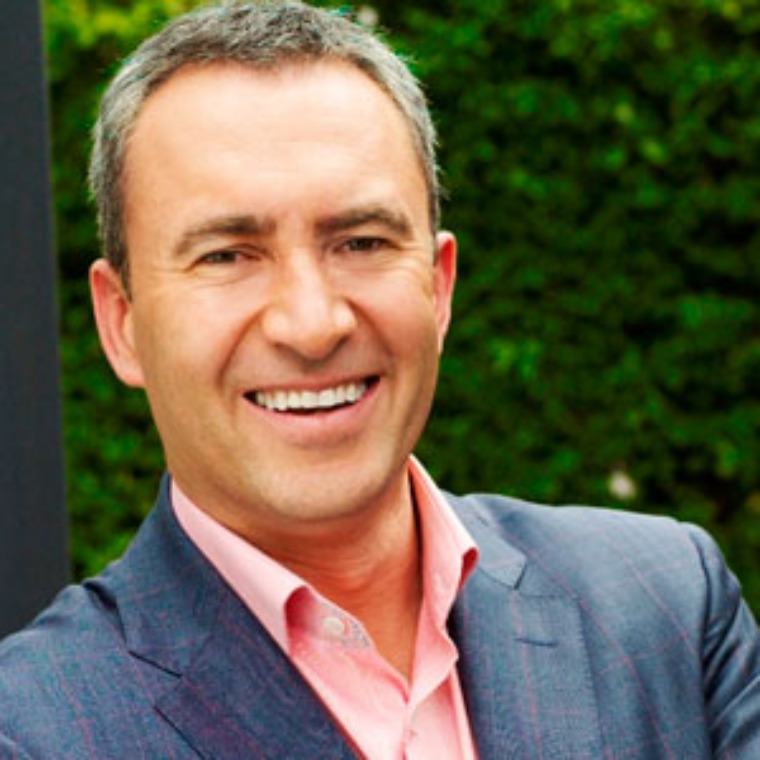 Mark began his career in journalism at Radio 3GL, Geelong in 1988. The following year he moved to Triple M Melbourne as a sports reporter, working alongside Eddie McGuire.

In 1994, Mark joined Channel Ten to commentate its National Basketball League coverage. His work impressed executives at Seven Melbourne and within a year, he was working as a sports reporter for the Seven Network.

While sport has always been the 40-year-old's first love, he graduated with an Engineering Degree, and has worked with BHP and Honeywell.

A veteran of five Olympic Games broadcasts, Mark was one of the anchors for Seven’s award winning coverage of the 2000 Games in Sydney. Mark also co-anchored “Follow The Flame”, the live coverage of the final week of the Olympic Torch Relay, watched by millions of Australians.

He was behind the microphone when Alisa Camplin captured gold in the Freestyle Aerials at the 2002 Olympic Winter Games in Salt Lake City.

Other highlights include hosting Seven’s telecast during Cathy Freeman’s 400 metres Gold in Sydney, working with Greg Norman to host the arrival of the Olympic Flame in Sydney, and being poolside for Kieren Perkin's Gold medal swim at Atlanta in the 1500m freestyle.

Prior to taking up the role of Sport Presenter, and back-up host for David Koch, on Sunrise, Mark spent two years as sport presenter for Seven news – in which time it climbed to be the most watched news bulletin in Sydney.

He has worked continually in newsrooms for 18 years, and is one of the most highly respected and accomplished sports journalists in the country, having covered almost every major event in Australian sport in recent years, and interviewed all the big names from Pele to Greg Norman.

Mark's own sporting achievements provide treasured memories. He is a 10-times Australian Water Ski champion, a silver medallist at the Singapore International Masters, and held a U.S. record.

Understandably Mark's interests include water-skiing. He also enjoys running, golf and flying. Mark is a keen supporter of the Geelong Football Club. He also works with the Children’s Cancer Institute.

Mark is married and lives with wife Rachel and daughter, Ava, in Sydney’s northern suburbs.