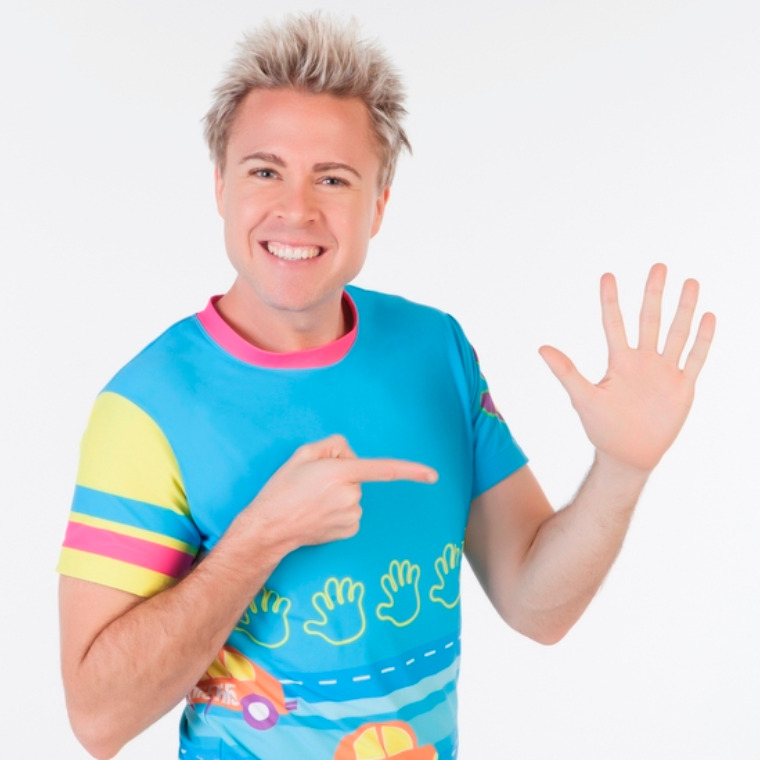 At the National Institute of Dramatic Arts (NIDA) where Stevie trained in Musical Theatre, he worked with a variety of Australia’s top directors, choreographers, and music theatre experts under the lead of Avigail Herman. The NIDA course was a perfect complement to Stevie’s training in London at the Royal Academy of Dramatic Arts (RADA) where he studied classical Shakespeare with some of the world’s best acting teachers.

Upon graduating from his Musical Theatre Course at NIDA, Stevie was quickly snapped up by Brainstorm Productions which saw him travel the country performing to children in schools thus giving him the perfect training ground to Hi-5.

Whilst training in drama, Stevie worked as Assistant Editor for Australian Tennis Magazine, a position that saw him travel Europe on the International Tennis Circuit, working at Wimbledon and the French Open and developing friendships with many of the world’s best players.

Quote: “It is an honour to be a member of Hi-5. If I have learnt one thing during my time with Hi-5 is that children, no matter where in the world they are from just want to have fun and it is these kids that make being a member if Hi-5 so extra special. I'm very proud of the work we do especially with our roles as World Vision and Starlight Foundation Ambassadors. It's an honour to be considered a role model!”