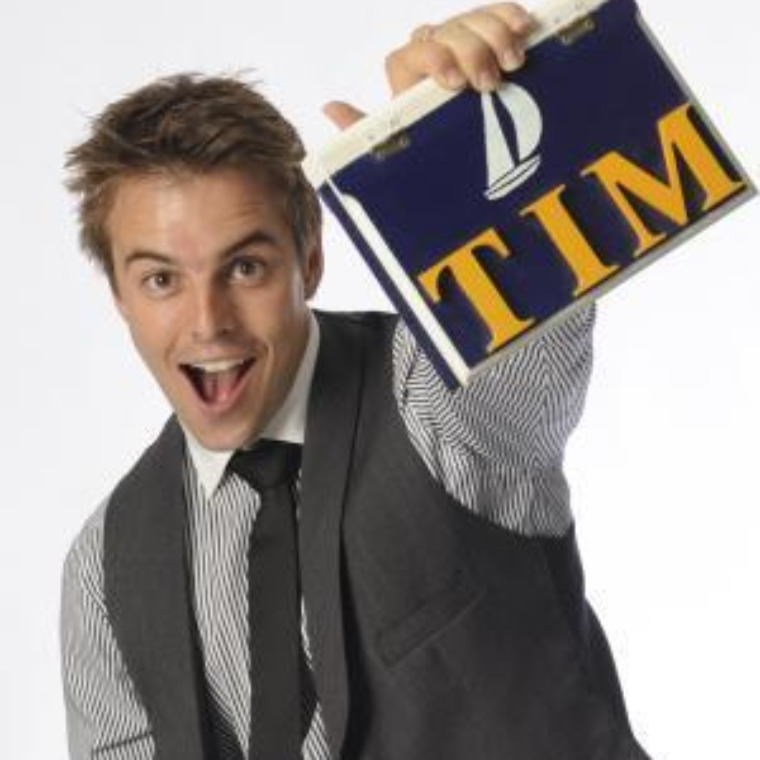 Tim was raised in a very musical family and was encouraged from an early age to follow his passion for performing and entertaining. His first major performance was at the age of nine when he played the role of Gavroche in a production of ‘Les Miserables,’ and this was followed by many other theatre roles during his school years.

In 2003 Tim moved to Perth to study at the West Australian Academy of Performing Arts (WAAPA) from which he graduated in 2005. Tim also played a guest role on the hit tween television series ‘Blue Water High’ (ABC TV).

In 2007 Tim completed the Australasian tour with the Australian cast of ‘Fiddler on the Roof’ where he played the role of Fyedka alongside the famous Chaim Topol. During 2008 he performed the role of Luke as part of the original Australian cast of the musical ‘Altar Boyz’ which enjoyed seasons in both Sydney and Melbourne. Tim also taught singing and acting at the Ministry of Dance, North Melbourne.

Quote: “I love what I do and I love being able to inspire children to love what it is they wish to do. For me Hi-5 is about helping others, friendship and making everything fun - All the things I have held high in my personal life before joining. I am proud to carry the Hi-5 flag.”