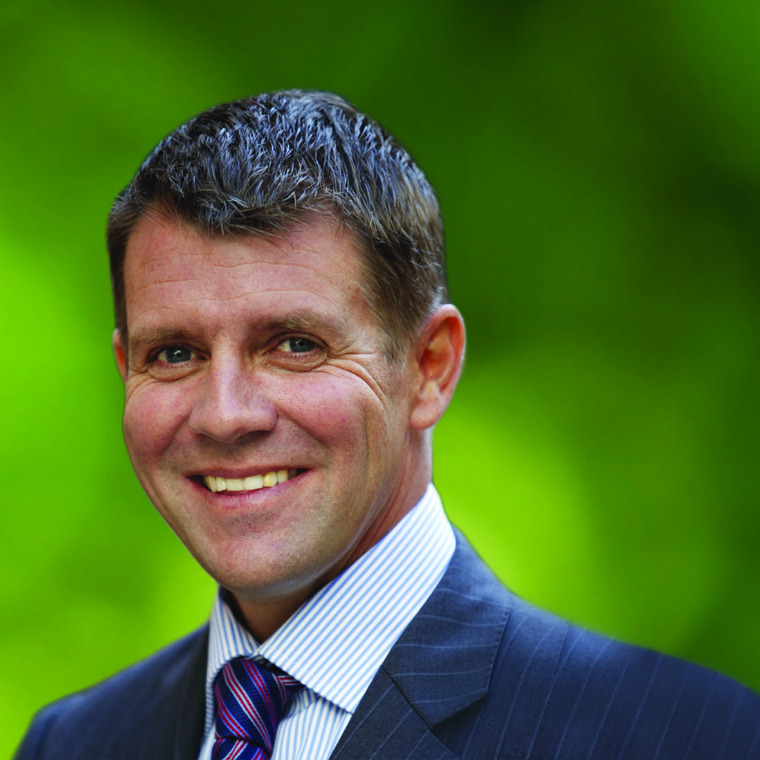 Mike has respresented Manly in the NSW Parliament since 2007. Following the election of the NSW Liberals & Nationals Government on 26 March 2011, he was appointed Treasurer and, in September 2012, he gained the Industrial Relations portfolio.

Mike was elected Leader of the NSW Liberal Party at a party-room meeting on 17 April, 2014, and later that day was sworn in as the state’s 44th Premier by the former Governor, Professor Marie Bashir.

The Liberals & Nationals were returned to office under Mike’s leadership at the state election held on 28 March 2015.

Mike entered politics following an 18-year banking career, including corporate banking, securitisation, debt capital markets and project finance in Australia, London and Hong Kong. Prior to his election to Parliament, Mike was Head of Institutional Banking for HSBC in Australia and New Zealand.

Under Mike’s direction as Treasurer, NSW moved from being the economic laggard of the nation to the leading state economy on the measures of economic and jobs growth. Career highlights during Mike’s term as Treasurer include managing a number of successful asset transactions, including the long-term lease of the Sydney desalination plant, Port Botany and Port Kembla, and the Port of Newcastle.

At the 2015 election, Mike secured a mandate for Rebuilding NSW – a $20 billion plan to revitalise the state’s infrastructure that will be funded via a 99-year lease of 49 per cent of the state’s electricity network.

Mike is married to Kerryn and they have three children.

He is a keen surfer and is passionate about a variety of sports.