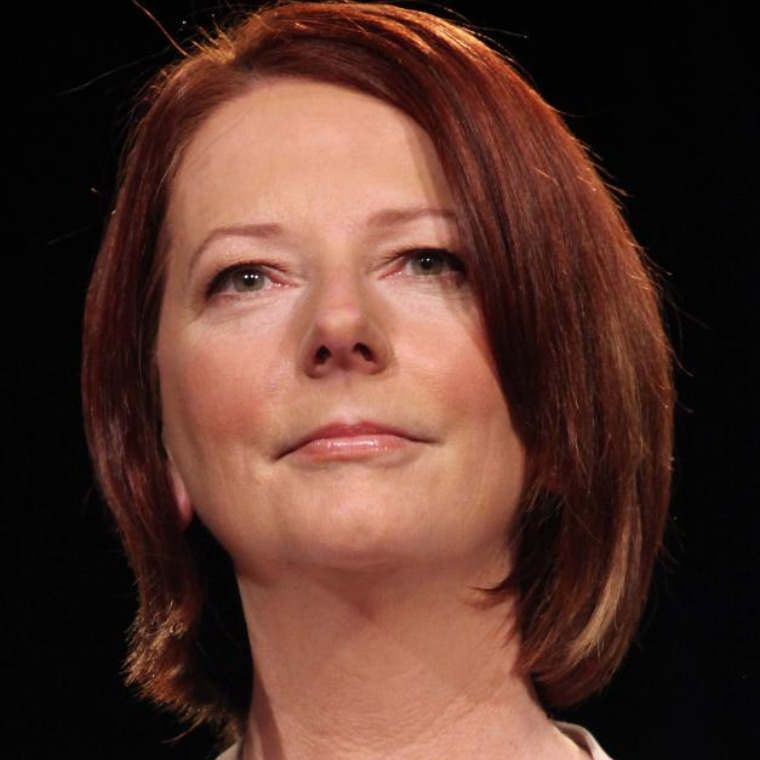 Julia Gillard was sworn in as the 27th Prime Minister of Australia on 24 June 2010 and served in that office until June 2013. Previously, following the Australian Labor Party's victory at the 2007 Federal Election, Ms Gillard served as Deputy Prime Minister and Minister for Education, Employment and Workplace Relations and Social Inclusion.

As Prime Minister and in her previous role as Deputy Prime Minister, Ms Gillard was central to the successful management of Australia’s economy, the 12th biggest economy in the world, during the Global Financial Crisis and as Australia positioned to seize the benefits of Asia’s rise. Ms Gillard developed Australia’s guiding policy paper, Australia in the Asian Century. Ms Gillard delivered nation-changing policies including reforming Australia education at every level from early childhood to university education, creating an emissions trading scheme, improving the provision and sustainability of health care, aged care and dental care, commencing the nation’s first ever national scheme to care for people with disabilities and restructuring the telecommunications sector as well as building a national broadband network. In foreign policy, Ms Gillard strengthened Australia’s alliance with the United States, secured stronger architecture for the relationship with China, upgraded Australia’s ties with India, and deepened ties with Japan, Indonesia and South Korea. Ms Gillard has represented Australia at the G20, including winning Australia’s right to host the 2014 meeting, the East Asia Summit, APEC, NATO-ISAF and chaired CHOGM. Under Ms Gillard’s leadership, Australia was elected to the United Nations Security Council. In October 2012, Ms Gillard received worldwide attention for her speech in Parliament on the treatment of women in professional and public life.

In October 2013, Ms Gillard was appointed a non-resident Senior Fellow at the Brookings Institution in Washington, working with the Center for Universal Education. In February 2014, Ms Gillard was appointed Chair of the Board of the Global Partnership for Education, the only multilateral partnership devoted to getting all children into school for a quality education. She is also an Honorary Professor at the University of Adelaide. Ms Gillard's book on her service as Prime Minister will be published by Random House in October 2014.

Ms Gillard was born in Barry, Wales in 1961. She is the daughter of a nurse and aged care worker. Her family migrated to Australia in 1966 and she grew up in Adelaide. Ms Gillard became an Australian citizen in 1974 along with the rest of her family, and renounced her British citizenship before entering Parliament.