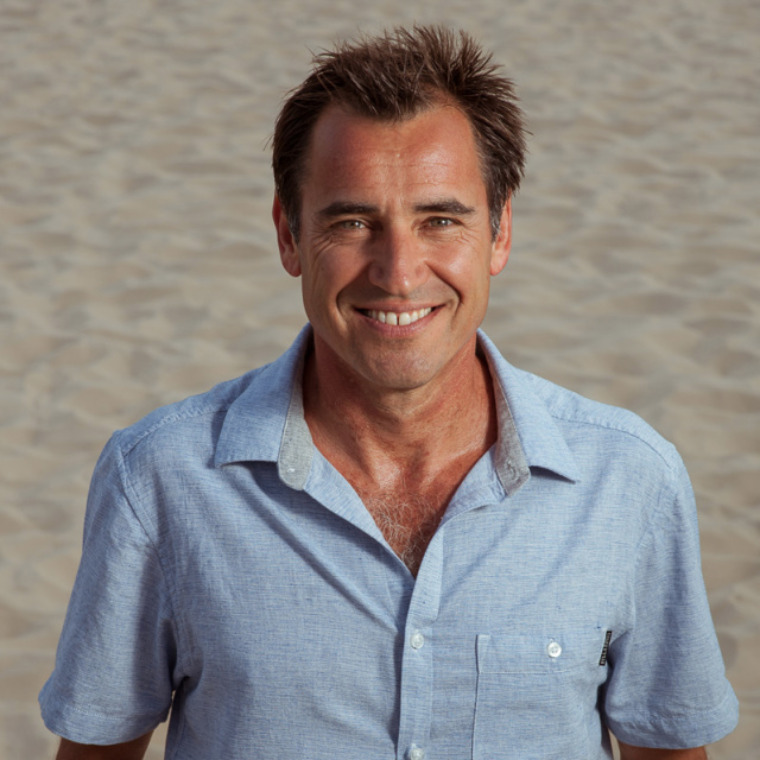 Ruben Meerman is a surfer, scientist, television presenter, children's author and entertainer. He is a regular reporter on marine science for the ABC's flagship science program CATALYST and appears as a regular guest on ABC3’s STUDIO 3.

In 2012, Ruben became PLAY SCHOOL’s first resident scientist. He was the regular blower-upper-of-things on SLEEK GEEKS with Dr Karl Kruszelnicki and Adam Spencer, during which he became the first person in the world to go snorkeling in a non-Newtonian mixture of corn-flour and water (the visibility was zero.) His weekly segments on ABC TV's ROLLER COASTER, Billed as "Elliot and the Surfing Scientist", regularly topped the Australian children's television OzTAM ratings for kids aged 5 to 12.

Ruben has written four children’s science books with a fifth due out in November 2013 (all published by ABC Books, an imprint of Harper Collins Australia). He has written scores of science features plus hundreds of hands-on science education resources for primary and high school teachers (published by ABC Science Online).

Ruben moved to Queensland from Vlissingen, a small coastal village in the Netherlands, when he was nine years old. He immediately fell in love with the Pacific Ocean and the Coral Sea and Australia’s outdoor lifestyle, friendly people and amazing wildlife. According to his teachers, Ruben’s Aussie accent was fully developed within six months of arrival.

His scientific career began as a physicist producing thin film optical coatings for industrial, medical and military lasers for Laserdyne Technologies on the Gold Coast. He returned to study science communication at the Australian National University and toured with the Shell Questacon Science Circus.

He taught primary science education at Griffith University's Gold Coast campus where he launched his science outreach program under the Surfing Scientist banner in 1996.

Since then, Ruben has visited thousands of Aussie schools with his liquid nitrogen flask, performing live demonstrations and inspiring kids to get involved in science and technology careers. From 1999 to 2003, more than half a million students in Australia and the United Kingdom participated in Ruben’s forensic science competitions “Who Stole the Minister’s Malibu?” and the “Planet Science Whodunit.” And when he’s not blowing things up, or writing about blowing things up, Ruben can be found drifting around on a fiberglass plank somewhere along Australia’s magnificent coast.