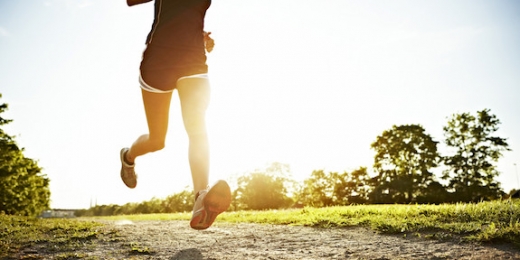 For some reason, when people ask me what I like to do in my free time, they are often surprised to hear the answer. I run. And yes, I really do enjoy it.

Running is one of those things that polarises people. We either love it, or we hate it.

We have a tendency to see running as an absolute. I hear phrases like ‘I can’t run’, ‘I don’t do running’, ‘I’m not a runner’; and I was guilty of the same, until I started.

I came to running out of necessity. It was literally my only option, given the complex juggle of work and family.  Running is quick and efficient. It’s half an hour, door to door. It can be scheduled anytime – pre-dawn to dusk. Running is free, and requires minimal equipment. Seemingly the perfect solution to my fitness needs.

Except that I ‘didn’t do running’.  I was not a runner.  And this was confirmed by the amused reactions from some when I told them of my new exercise regime…

At first then, having determined that somehow I would learn to run, and admittedly, with a point to prove, it was honestly a matter of lampposts and driveways. I bargained with myself all the way. ‘Just run to that lamppost – then you can walk to the next driveway’ – over and over and over.

And so it went on, and gradually the runs became longer, and the walks became shorter, until one day I clocked up a whole kilometre. Such triumph! I felt like I’d won Olympic Gold.

From that point, I knew that mastering running was simply a matter of getting started. Putting on my shoes and heading out the door. Then, to improve, all that was required was a gradual chipping away at my perceived fitness limits. I had to find the courage to push through a fatigue barrier, or make those aching muscles work just a little longer than last time.

Now, fifteen or so years later I love, love, love to run. I can push out 10 or 12 k’s at will and have completed three half marathons. I know there’s more that I could do, but full and ultra-marathons take a certain level of commitment that I’m not quite up for. Nonetheless, I’m proud to think that I can claim to be a reasonably accomplished, card-carrying ‘runner’.

What has dawned on me then, is that running is much like leadership. People tend to view themselves categorically, as either leaders or followers, and are much more likely to recognise leadership ability in others, before they see it in themselves.  As with running, becoming a leader often demands that conscious commitment to ‘Get Started’ – to lace up your metaphorical shoes and just head on out to get the job done. It might be hard work at first. It will stretch the perceived limits of your capability and may well feel uncomfortable or unnatural for a while.

But, by chipping away little by little and working towards achievable, realistic short-term goals and milestones, anyone can become a leader if they really want to.

I believe the key factors to bear in mind are:

1. You must feel driven and motivated. In both leadership and running, there has to be a clear purpose to your actions.

2. Don’t expect new skills to come easily. Be prepared to confront some discomfort.

3. Persist. Push yourself beyond your known limitations and discover new capabilities.

4. And finally, start small. Master the little things – be they the 10 metre gaps between driveways, or the small gestures of leadership and influence that can in fact create significant impact.

Do you see yourself as a leader? Do others see you as someone worth following? 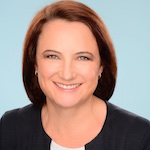 Samantha Skinner is the General Manager of the Halogen Foundation. With 20 years of diverse experience in the Australian secondary and tertiary education sectors, Sam comes to Halogen with a wealth of knowledge and wisdom to share. She is passionate about leadership and helping young people reach their full potential. In her spare time, Sam manages and enjoys a busy family life and getting active outdoors.