I have always wondered why people are all talk but no action; why so many people passionately speak about making a difference, but don’t turn their plans into reality or back down from opportunities to do so. Over the years, I have realised that this occurs because of a fear of advocacy, often perpetuated by the societal judgement of those who stand up for an opinion or cause. It is imperative that this barrier to service is dismantled, so youth feel able to champion causes they are passionate about. In 2013, Halogen inspired me with an idea of how to do this.

I was fortunate enough to attend the 2013 Halogen National Young Leaders Day (NYLD) with the 2014 leaders-elect of my school, after being appointed Community Service Captain. Avril Henry, Bindi Irwin and Cameron Carr were amongst an amazing group of speakers at the event. They spoke about instances when they had felt judged for voicing their opinions and trying to contribute to society. But instead of giving up, they continued their advocacy. In doing so, they set an example of being true to one’s values and not letting criticism blockade a desire to serve. Listening to their stories, I realised that action-based leadership such as theirs is what will demolish common fears that can be associated with altruism.

Halogen gave me the opportunity to voice this realisation through their 10K Ideas initiative. I was fortunate enough to have my inclusion featured in the NYLD Brisbane video.

There were over 6,000 secondary students who attended the Australia-wide National Young Leaders Day events, all of whom were invited to submit their idea for positive change in their school, community and the wider world. I was honoured to be one of eight winners of 10K from around the country, and then to receive a scholarship to attend the week-long residential Living Leadership Foundations Program in Sydney.

Living Leadership focuses on transformational leadership, which prescribes that leading by example empowers others with the skills, drive and compassion to serve. At the core of this approach is the ‘human framework’ of body, mind and heart, which forms the principles that motivate and inspire us. Awareness of one’s personal ‘framework’ is the essence of true leadership. A good leader consciously allows their morals, values and beliefs to drive and underpin their actions, as people who lead by example through strength in their convictions can not only demonstrate how to do something, but give people a reason why they should do it. This equips and empowers others with both the skills and desire to stand up for opinions or causes, which can in turn dismantle the fear of advocacy common amongst youth. Using self-awareness to lead by example is thus the ultimate way of bringing about positive change.

Following Living Leadership’s Foundations Program, I was able to put my newfound skills and insight into effective leadership to the test. I began my role as Clayfield College Community Service Captain with a goal of embracing my personal code of ethics in every action, to set an example that would encourage others to join the school’s service groups. It is not up to me to say whether my leadership was effective, but my work helped facilitate an unprecedented 300 hours of service and raise over $40,000 for various causes. Importantly, the approach helped me feel more confident, competent and inspired as a leader. 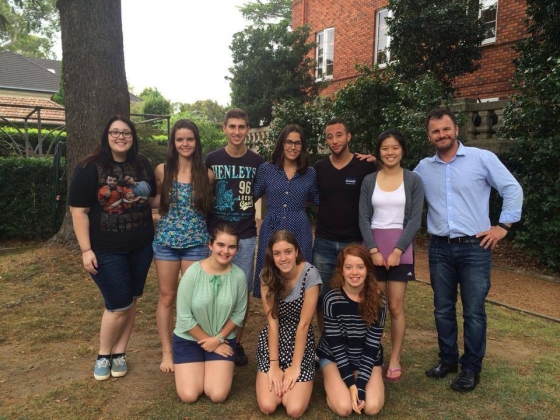 Throughout 2014, Halogen gave me more opportunities that reinforced my understanding of the power of leading by example. They invited me to volunteer as a Student Coordinator at the Brisbane NYLD for primary students, and then to lead the Student Coordinators at the NYLD for secondary students. Seeing what happens back stage at such massive events allowed me to fully comprehend the fact that individuals have the power to influence thousands by embracing their passions. The Halogen team and speakers at the events all let their personal principles guide their actions, and thus lead by example. In doing so, they have inspired students and adults alike to follow suit. They have inspired hundreds of thousands of people to stand up for opinions and causes, and to work to make a difference. 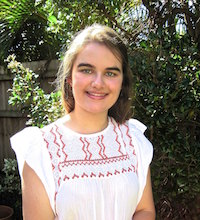 Madeleine Moore is an 18-year-old student with a strong sense of justice and passion for service. In addition to other altruistic pursuits, typified by her election as Community Service Captain of her school, she founded a cancer awareness network named Determined to Cure at the age of 15, after two friends died of the disease within three months of each other. Madeleine received a scholarship to the Australian National University, where she will commence a dual Bachelor of Laws (Honours) and Bachelor of International Relations in 2015.